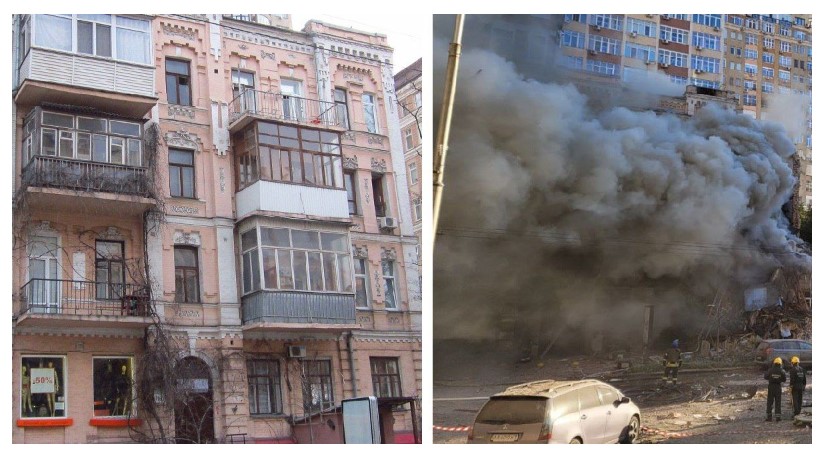 Russia is again targeting civilians, and Ukraine’s infrastructure, culture, and heritage with missiles. On 17 October this year, another air strike on Kyiv destroyed a historical building in the centre of the Ukrainian capital. Some people managed to be rescued from under the rubble, but unfortunately, there were also fatalities.

According to the Ministry of Culture and Information Policy, citing a local historian, the building on Zhylyanskaya Street was built by the merchant of the First Guild, Yoselin Itskovich Lev, who owned a bentwood furniture and metal products factory located on the same street. The tenement house had a rental character.

The dilapidated tenement house is not registered as a monument. However, it is of historical and architectural value as an example of 19th-century urban development in Kyiv.