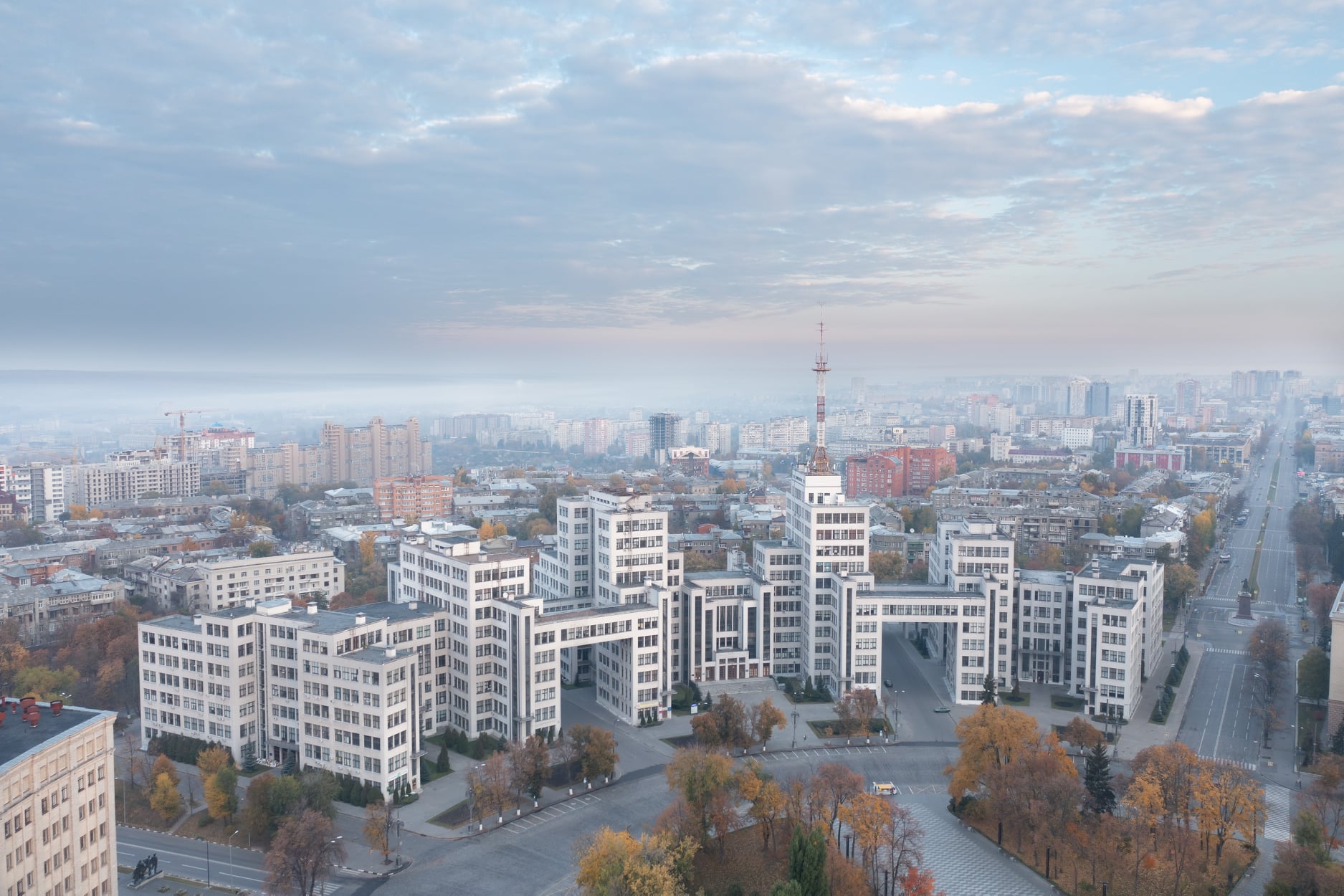 Freedom Square in Kharkiv is one of the largest city-centre squares in Europe. Precious buildings representing the architecture of the 1920s and 1950s located in the square were damaged as a result of Russian aggression. One of the damaged objects is Derzhprom (short for Derzhavna promislovist – the House of State Industry). It is the first skyscraper in this part of Europe which was built in 1928 in the constructivist style. Since 2017, Derzhprom has been on the Information List of Ukraine. The surroundings of the Freedom Square are also meaningful for the history of our country. In this location, in the basements of the NKVD Regional Directorate, 3,739 officers of the Polish Army – prisoners of the Starobelsk camp – were murdered.