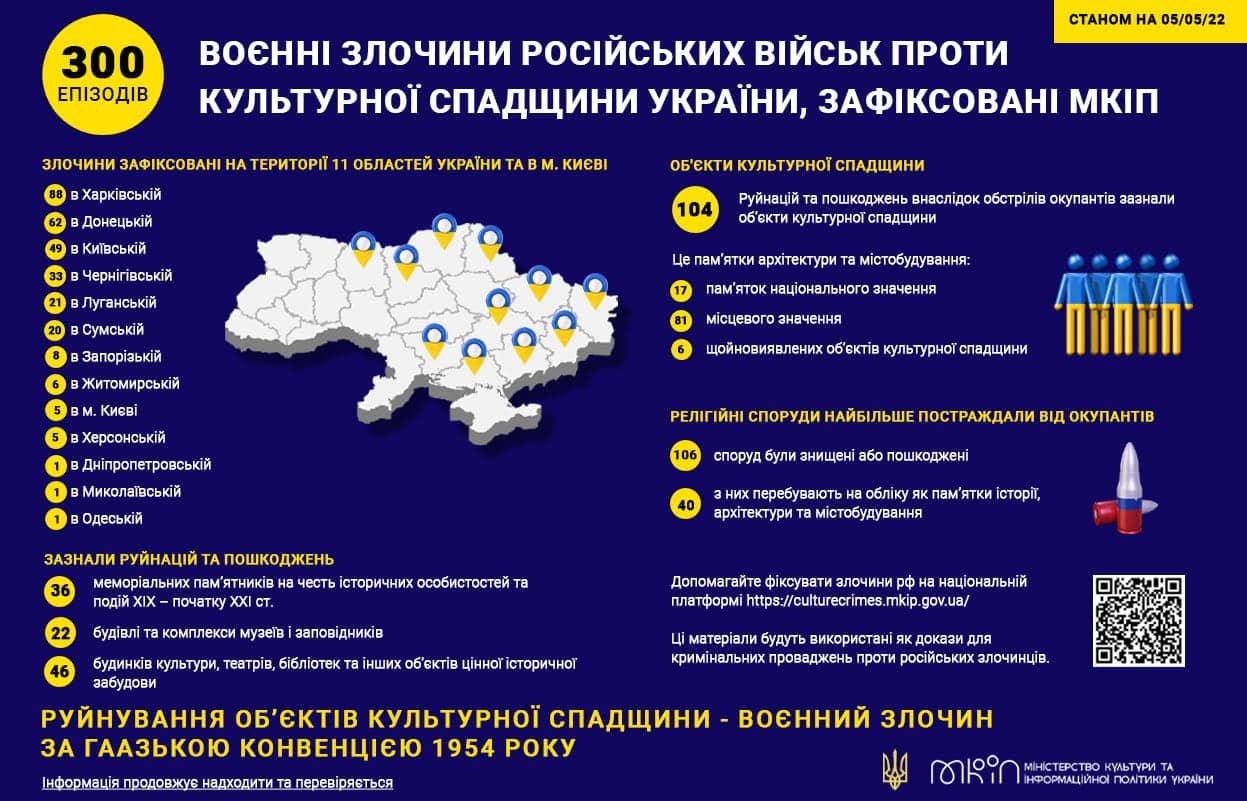 The Ministry of Culture and Information Policy of Ukraine has already recorded more than 370 cases of destruction of the country’s cultural heritage by the Russian Federation’s troops. The collected data is posted on https://culturecrimes.mkip.gov.ua/ and comes from 13 regions. Most destruction has been recorded in Kharkiv, Donetsk, Kyiv, Chernihiv, Sumy and Luhansk regions. The list includes 21 monuments of national importance, 88 monuments of local importance and seven cultural properties which have been recently entered into the register. A majority of the reports regard religious buildings – 133 churches. 49 of them point to historical, architectural and urban planning monuments. Also, 42 city statues, 29 museum buildings and compounds, 74 other cultural facilities (including theatres and libraries), and other historical structures have been destroyed or damaged in warfare. In total, nine cases of complete destruction of cultural heritage sites have been reported in Donetsk, Kyiv, Sumy and Chernihiv regions. The damage of 51 of sites has been assessed as significant (properties located in the Donetsk, Kharkiv, Chernihiv and Kyiv regions), 117 – as moderate (more than half of them are located in the Donetsk region), 167 – as slight. The condition of 23 sites is unknown – they are located in territories occupied by the Russian Federation’s forces, or in active combat zones.