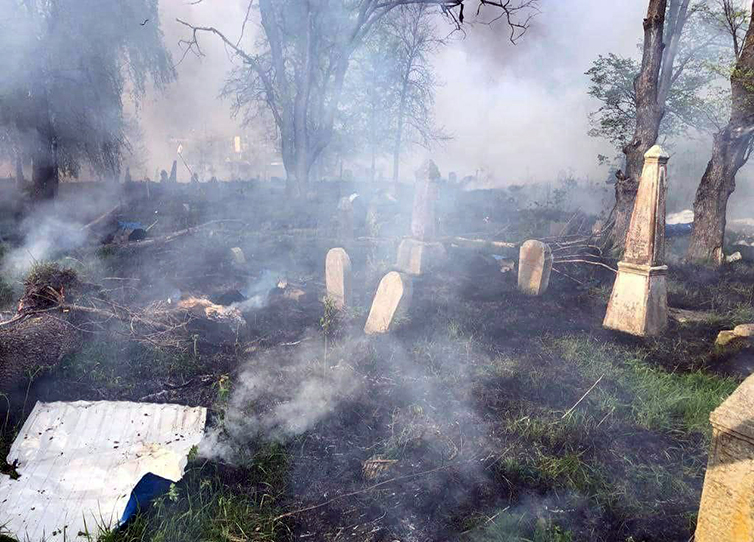 On 8 May, a Russian shelling damaged the Jewish cemetery in the small historic town of Hlukhiv (Glukhov), located on the territory of a national reserve in the Sumy Oblast (region). The historical necropolis contains around one and a half thousand graves from the 19th and 20th centuries. Victims of the pogrom (massacre) of 1918 and people related to the development of the culture of the region were buried there, such as the Jewish writer, publicist and social activist L. D. Tsveifel, as well as tzaddikim Menachem-Nohim-David Geselev and Israel-Dov-Ber Nokhimov Shumyatsky. The Jewish cemetery in Hlukhiv (Glukhov) is not only a historical monument but also an important site for the international Jewish community. In addition to the necropolis, the Hlukhiv (Glukhov) National Reserve also includes a settlement from the times of Kyivan Rus and architectural monuments from the 17th – 20th centuries.
Fot. https://www.facebook.com/oleksandr.tkachenko.ua