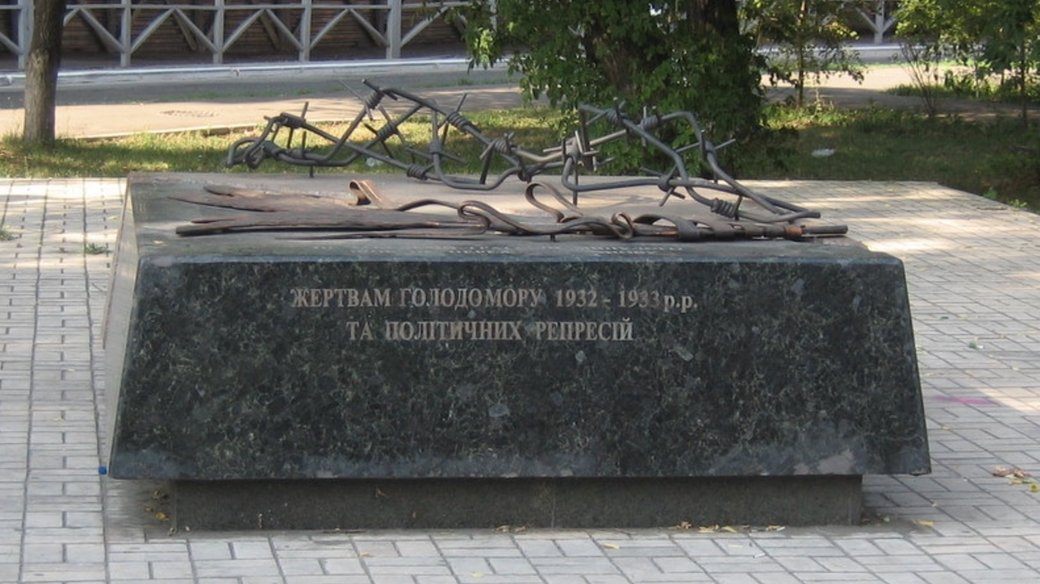 In Mariupol on 19 October, the Russian occupation authorities dismantled a monument to the victims of the Great Ukrainian Famine, calling it an ‘epitome of disinformation’. The monument was dismantled with the help of a truck crane; the granite slabs are to be turned into building materials. The propaganda media are promoting the claim that the 1932-33 famine did not affect Ukraine (in particular, the Donbas) but Kazakhstan, the Volga Region, and the North Caucasus.

The Great Ukrainian Famine (the Ukrainian name ‘Holodomor’) was a famine in 1932-1933 purposedly induced by the communist authorities of the USSR, caused by villagers’ opposition to the forced collectivisation of agriculture. At the time, Ukrainian villages were subjected to ruthless execution of planned grain deliveries to the USSR’s collective granary – the mandatory quota exceeded their production capacity. All foodstuffs were looted, including grain intended for next year’s sowing. The famine resulted in the deaths of some 4 million Ukrainians, including around 60,000 ethnic Poles. The Day of Remembrance for Victims of the Great Ukrainian Famine and Political Repression is celebrated annually in Ukraine on the fourth Saturday of November. In 2006, Poland acknowledged the Great Famine in Ukraine as genocide.