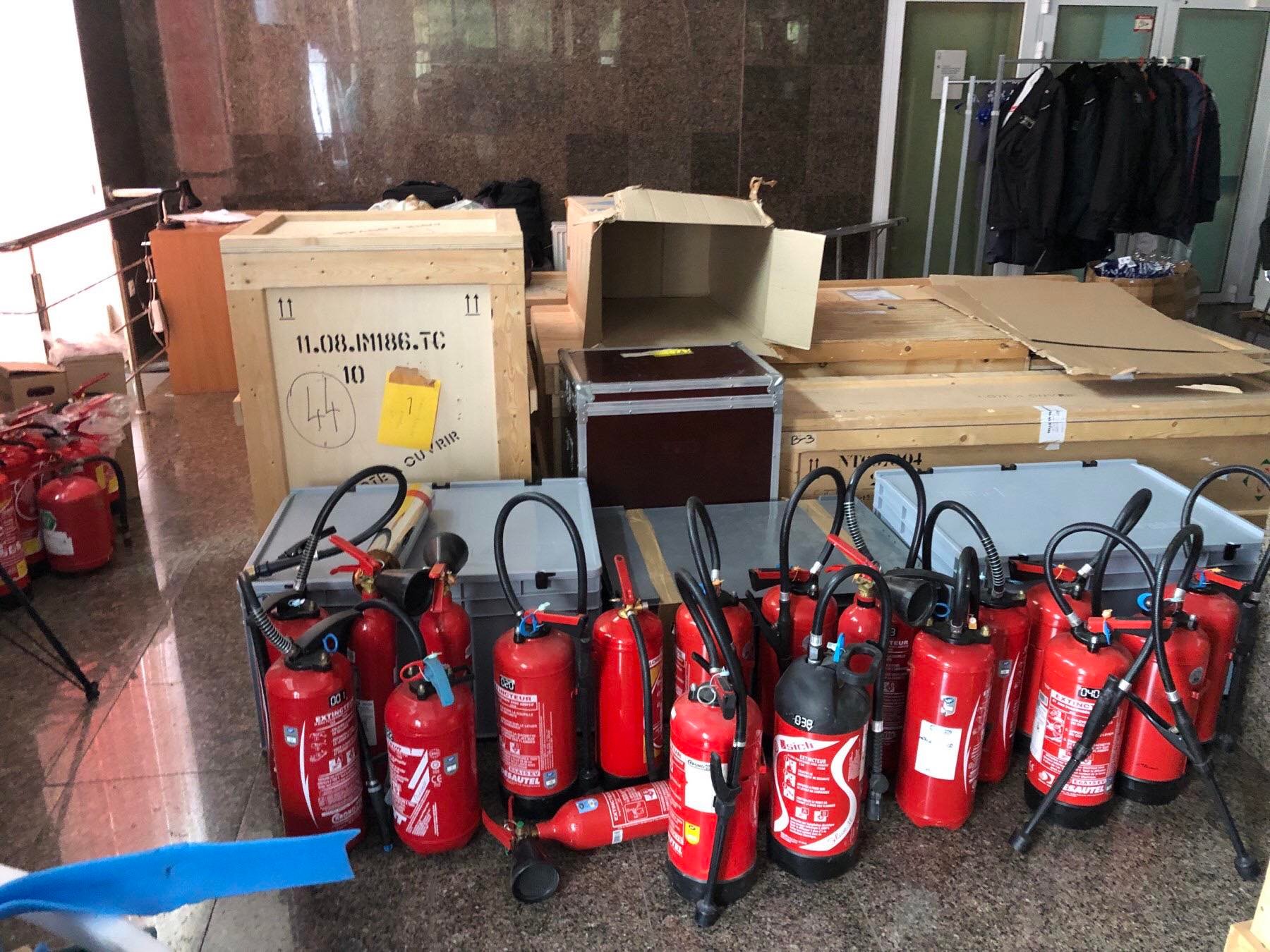 Since the first days of Russian aggression against Ukraine, the National Heritage Board of Poland has been engaged in supporting activities aimed at protecting the cultural heritage of our eastern neighbor. By the decision of the Ministry of Culture and National Heritage, the Polish Centre to Support Culture in Ukraine was established within the structure of the National Heritage Board. The aim of this structure is to provide support for Ukrainian cultural institutions in securing their collections against the effects of the ongoing war. These efforts are also supported by the Polonica Institute, the National Library, the General Directorate of State Archives, the Institute of Music and Dance, the Theater Institute and the Cultural Heritage Foundation. The Center coordinates also assistance sent to Ukraine from abroad – from ICOM-France (materials for securing Ukrainian collections were donated by Muséum de Bordeaux, Musee Louvre Lens, Musee du Louvre, Moët Hennessy Louis Vuitton, Crédit Municipal de Paris Ventes, Musée des Arts et Métiers, Musée de la Poste and Musée du Gévaudan), Sweden (Nacionalmuseum, Modern Museet, Nordiska Museum, The Army Museum, Arkdes), Finland (National Museum of Finland, Finnish National Gallery, Museoiden hankintakeskus) and from Hungary (Fine Artes Museum).

In the coming weeks, Polish Centre to Support Culture in Ukraine plans to deliver several hundred more shipments to support the work of museums, libraries and archives. The institution also participates in efforts to secure Ukrainian cultural heritage from illegal export out of the country.

We would like to express special thanks to Mr. Igor Poshyvailu, who tirelessly coordinates our assistance to museums in Ukraine.