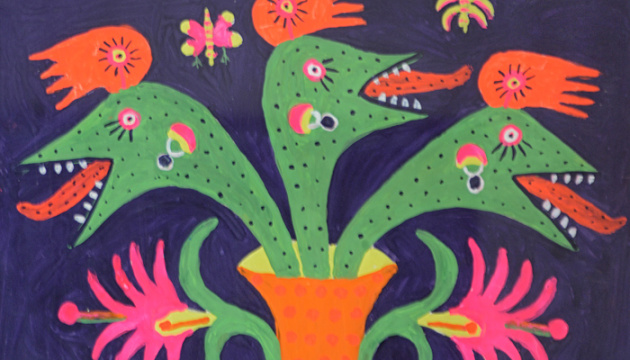 The Ivanka Historical and Discovery Museum was burned down by Russian shelling and fire in late February this year. It housed some 25 paintings by Maria Prymachenko, which were partially saved. One of them – “Flowers grew next to the fourth block” – was sold at auction. -was sold at auction to support the activities of the Ukrainian army. The price reached 500 thousand USD. The auctioned work is part of a series of works by the artist dedicated to the Chernobyl disaster. The choice of the painting is symbolic – it refers to the recent occupation of the site of the Chernobyl nuclear power plant by Russian troops and the attempts to build trenches in the so-called red forest, where the level of radiation in the soil is still high.

Maria Prymachenko (1909-1997) is the most outstanding Ukrainian representative of primitivism. During her life she painted more than 800 works.
In April, the artist’s painting titled. “My hut, my truth” was sold at the Benefit for Ukraine’s People & Culture auction in Venice.