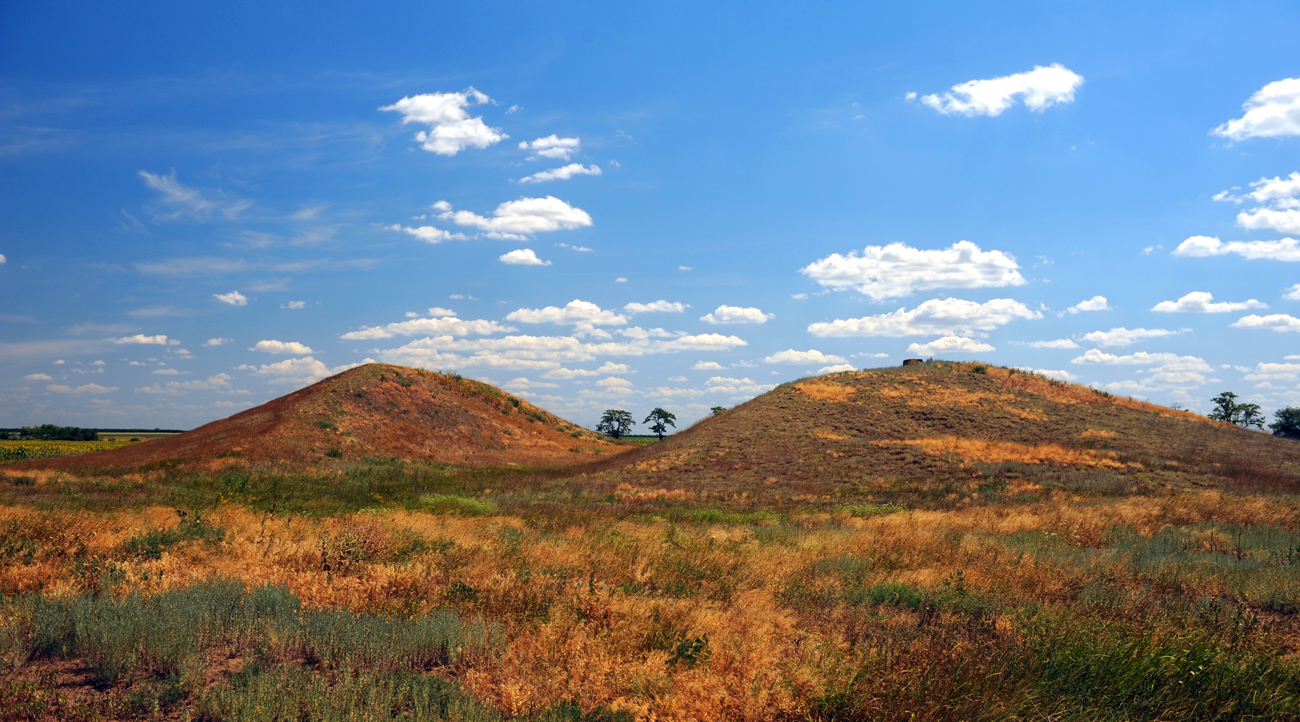 In early May employees of the Kherson Regional Inspectorate for the Protection of Historical and Cultural Monuments checked the state of preservation of cultural heritage sites on the territory of the Kherson Oblast (Region). Results of their work have shown that archaeological monuments – the burial mounds located at roadsides – are deliberately being destroyed by the occupants. Russian soldiers repeatedly use them to prepare their cannon stands.

The burial mounds – hemispherical earthworks constructed of soil and stones over burial sites – are the most common artifacts of the past in the Black Sea steppe areas in southern Ukraine. Many of them date back to the Bronze Age, or the Middle Ages, but a majority of the mounds were left behind by the Scythians, who inhabited the area until the 4th century BC. In addition to the burial sites, there are many other archaeological monuments in the Kherson area – including settlements and gords.