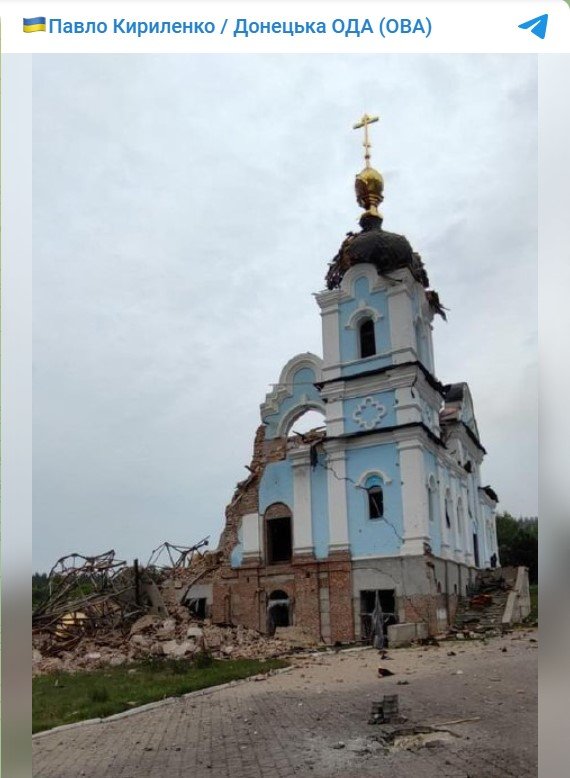 The recent shelling of the Holy Mountain Lavra of the Dormition of the Mother of God in Svyatoshirsk in the Donetsk region has been one of the most blatant examples of Russian barbarism against Ukrainian culture. This temple compound is one of the most important centres of Orthodox life in Ukraine – a national monument of history and architecture, whose origins date back to the 15th century (already then, monks started curving corridors in the chalky rocks and creating earth-dwelling caves). Today, the architectural compound of Sviatohirsk Lavra consists of the 17th-century Saint Nicholas Church and the 19th-century Cathedral of the Dormition of the Mother of God, a parish priest’s building, a monastery, underground corridors, pilgrims’ houses, defensive towers, a refectory with the Pokrovskaya cerkov and the bell tower, as well as the nearby hermitages. The Lavra has come under fire three times since the beginning of Russian aggression against Ukraine. As a result of these attacks, religious buildings have been damaged and several clergymen have died. One of the wooden hermitages belonging to the Sviatohirsk Lavra has been completely burnt down.