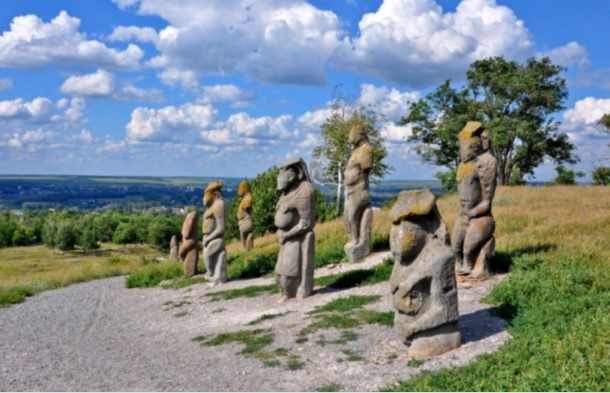 The “stone beans”, standing on the Mount Kremenets in Izium, the Kharkiv region, have fallen victims Russian attacks. The anthropomorphic statues, artworks of Scythian and Polovtsian culture, depict warriors and women. During the hostilities they were fired upon and devastated by Russian troops. A Soviet flag was cynically tied to one of them. The Russian shelling assault on the Mount Kremenets has also led to the damage of the 17th century fortifications and the memorial to World War II fallen soldiers.

The Mount Kremenets – one of the highest in the Kharkiv Region – rises above the Seversky Donets River. It is a monument of nature and one of the most popular tourist attractions of the region. Over the centuries, it has been a strategic defensive point – at the times of the Kyivan Rus’, the Tatar and Cossack invasions, and during World War II.