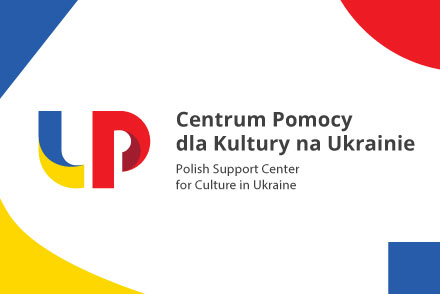 In Ukraine before the war, there were more than 5,000 museums, 65 historical-cultural reserves, and about 170,000 monuments, including seven UNESCO World Heritage sites. During the nine months of the war, the Ministry of Culture and Information Policy of Ukraine registered over 800 instances of Ukraine’s cultural heritage destruction perpetrated by the Russian military forces. This number is growing daily and still does not account for all the affected areas or the scale of the destruction. Almost half of the destroyed objects are religious sites. Historical buildings, archaeological sites, libraries, schools, and museum collections have also become targets of attacks by Russian troops – everything that carries Ukrainian identity. Not only the people but also the objects and sites which speak to their cultural distinctiveness, some of them European and world heritage, have been targeted. Russia is once again waging war against the nation.

Since March 2022, Poland has allocated over EUR 1 million to help salvage Ukraine’s cultural heritage. A further one million euros has been assigned, also from the state budget, at the disposal of the Ministry of Culture and National Heritage, in support of the Lublin Triangle Fund for the Digitization of Cultural Heritage in Ukraine.

Poland’s governmental assistance to the cultural sector in Ukraine is mainly coordinated by the Support Center for Culture in Ukraine, established at the National Institute of Cultural Heritage by Professor Piotr Gliński, Deputy Prime Minister and the Minister of Culture and National Heritage. The Center is the operational core of the Task Force to monitor and analyse threats to cultural heritage, set up in the Ministry of Culture and National Heritage. The Institute’s experience and the long-standing Polish-Ukrainian cooperation have provided the basis for organising efficient support for Ukraine’s cultural heritage since the first day of the war.

In the year 2022, the Center made 25 deliveries of dedicated supplies. More than 800 pallets of protective and fire-fighting materials to secure the collections were delivered to 111 cultural institutions.

In cooperation with the Government Agency for Strategic Reserves, deliveries containing, among others, generators, fire extinguishers, sandbags, fire blankets, materials for securing facilities and many other necessary articles reported by the Ukrainian side, have been delivered to Ukrainian cultural institutions. Further deliveries are being organised in coordination with the Ukrainian administration and cultural institutions.

The National Institute of Cultural Heritage, using its many years of experience and the expertise of its staff, monitors the state of destruction in Ukraine and identifies threats to its cultural heritage. In addition to providing resources for the physical rescue of cultural heritage and the implementation of substantive activities, the Institute supports Ukraine at international institutions, in particular in providing information and evidence of the deliberate destruction of Ukrainian cultural property. In cooperation with UNESCO and other international organisations, NID also initiates new projects supporting Ukrainian cultural heritage, such as the UNESCO Workshop: “Warsaw Recommendation – Introduction to Heritage Recovery.”

As regards counteracting the smuggling of antiquities, a compendium on Ukrainian legislation regulating the international movement of cultural goods has been prepared. Training sessions for customs services are also organised in cooperation with Polish and Ukrainian services.

To protect non-material heritage, the Support Center for Culture in Ukraine has prepared a Report devoted to safeguarding the non-material cultural heritage of Ukrainian communities moving abroad to flee the war. Training sessions on documenting architectural objects using 3D methods are held to ensure the documentation of historical monuments.

The Center continuously monitors the losses of Ukraine’s cultural heritage. It also supports Ukrainian institutions in their inventory to enable reconstruction in line with the “Warsaw Recommendation” and to document war crimes committed against cultural heritage in Ukraine.

The Polish government provides institutional, holistic support for protecting Ukraine’s heritage based on the experience of its institutions. Since 24 February, it has provided and will continue to provide multidimensional assistance to Ukraine. Prior to the outbreak of war, approximately 1 million 200,000 Ukrainian citizens resided in Poland. Since the beginning of the Russian aggression against Ukraine until the end of 2022, almost 8 million people have crossed the Polish-Ukrainian border. More than 3 million Ukrainians remain in Poland. Poland provides Ukraine with in-kind support, food, and medical supplies. It also provides logistical, IT, and military assistance. Poland spent more than EUR 1 billion 170 million in 2022 to aid the refugees, referring only to subsistence, medical care, and social benefits. On the other hand, the value of Polish military aid is estimated at more than EUR 2 billion.

In addition to the Center’s activities, the Ministry of Culture and National Heritage, and its subordinate institutions, carry out many programmes to support Ukrainian culture. Poland supports artists and cultural workers who have found refuge in our country from the war. This support includes, among other things, educational offers, job offers – including almost 100 job offers in Polish museums, internship and scholarship programmes, dozens of free exhibition invitations, and the organisation of dozens of cultural events. Thanks to the cooperation of the National Philharmonic in Warsaw, the National Institute of Music and Dance, and the Ministry of Culture and National Heritage, the over 100-strong Kyiv Symphony Orchestra came to Poland in April to prepare for concerts. It was in Warsaw that the Orchestra’s European tour began. The European Krzysztof Penderecki Music Centre campus in Lusławice hosted the Slobozhansky Youth Academic Symphony Orchestra of Ukraine from Kharkiv several times as part of its artistic residency. The home of the Stanisław Hadyna Śląsk Song and Dance Ensemble hosted the Veryovka National Song and Dance Ensemble of Ukraine, named after Grygory Veriovka from Kyiv, as well as members of the Barvinok (Барвінок)- Ukrainian Dance Ensemble. The Grand Theatre – National Opera, together with the Metropolitan Opera in New York, with the support of the Ministry of Culture and National Heritage, established the Ukrainian Freedom Orchestra, which has given concerts in the largest concert halls in Europe and the USA.

The activities of the Ministry of Culture and National Heritage institutions use their full potential and are not limited to activities in the cultural sector. As part of the activities of the Witold Pilecki Institute for Solidarity and Valor, the Lemkin Centre was established to collect and research evidence of Russian war crimes in Ukraine.

For more on the activities of the Ministry of Culture and National Heritage, see https://www.gov.pl/web/kultura/pomoc-dla-ukrainy.

The National Institute of Cultural Heritage
For 60 years, the National Institute of Cultural Heritage has been collecting, researching, and popularising knowledge of Poland’s tangible and intangible cultural heritage.
It prepares opinions, expert opinions, studies, and develops conservation standards. It provides current and comprehensive information on Polish monuments. On the website zabytek.pl one can find descriptions of monuments, documentation, archival and contemporary photographs of objects, 3-D models, and many other resources. The Institute organises events promoting cultural heritage and actively participates in international organisations such as UNESCO, ICOMOS, ICCROM, and the UN. It is the national coordinator of international events such as European Heritage Days and European Archaeology Days.