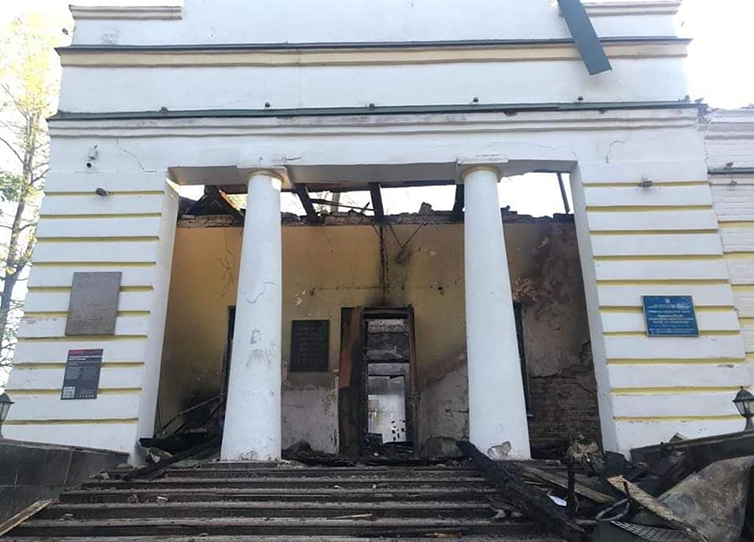 As a result of a Russian rocket fire, the National Museum of Hryhoriy Skovoroda in the village of Skovorodynivka, Kharkiv Oblast (region), has been burnt down. This has undoubtedly been one of the most severe losses to the Ukrainian heritage since the beginning of the war. The museum was located in the 18th century manor house where this outstanding Ukrainian philosopher, poet and composer lived and worked in the final years of his life. Skovoroda’s personal belongings, including his flute, violin, clothes, a pocket watch with his autograph, eighteenth-century old prints, such as the Trebnik (liturgical book) by Petr Mohyla, an evangeliary from the year 1694, as well as icons and furniture, were stored at the museum. The most valuable exhibits had been evacuated from the museum before the attack, but the facility itself has been destroyed. Near the museum there is a grave of the philosopher with an inscription which reads: “The world fished for me, but it never captured me”. This year, Ukraine is going to celebrate the 300th anniversary of the philosopher’s birth.
Fot. https://m.facebook.com/1000137…/posts/pcb.3216595765240752