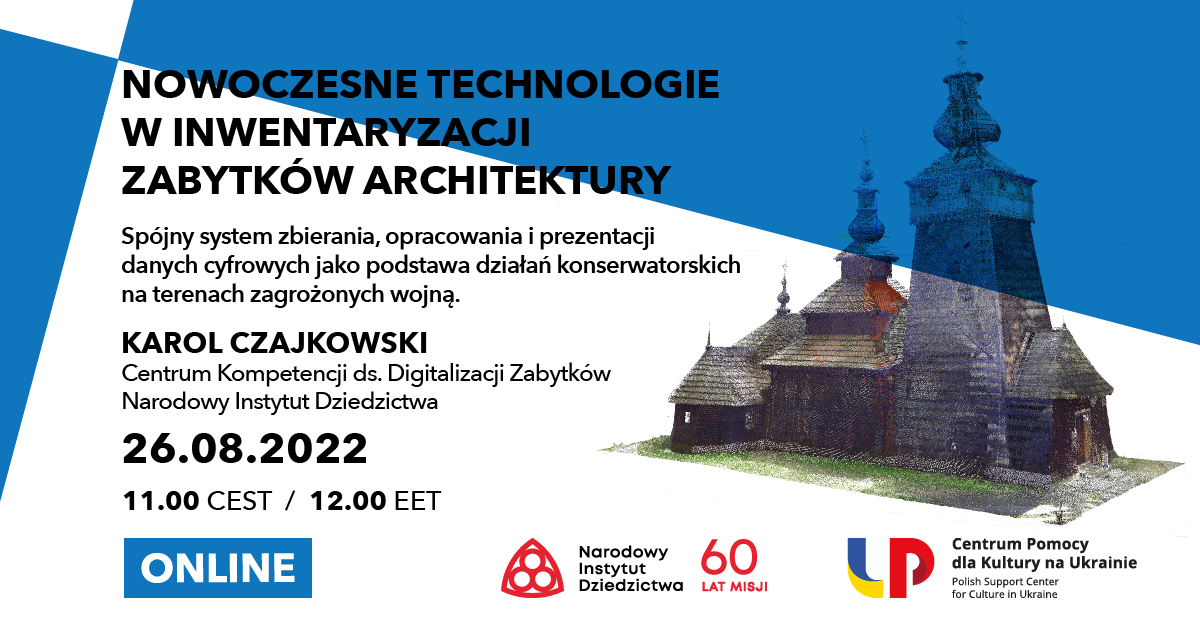 The National Institute of Cultural Heritage has been a center of excellence for the digitisation of historical monuments in Poland for more than ten years.

In the framework of the projects currently executed by the Polish Support Center for Culture in Ukraine, established by the Ministry of Culture and National Heritage, an expert training session was held on 3D scanning of architectural objects entitled “Modern Technologies for the Inventory of Architectural Monuments. A coherent system of collecting, processing and presenting digital data as a basis for conservation activities in war-threatened areas”.

The training session was conducted by Karol Czajkowski from the Centre of Excellence for Digitisation of Monuments.

This is one in the range of activities of the Institute’s Polish Support Center for Culture in Ukraine. To date, the value of aid provided to Ukraine has amounted to more than one million euros, almost half of which has come from grants from the Ministry of Culture and National Heritage. The Support Center also conducts various other activities, from monitoring information on losses of architectural and archaeological sites in the war, expert support, and training, to supporting Ukraine in international forums.

Among others, the activities have resulted in the preparation of a “Special Report on the Intangible Heritage of Displaced Ukrainian Communities in Poland” dedicated to the problem of preserving the intangible cultural heritage of Ukrainian communities fleeing to Poland because of the war.