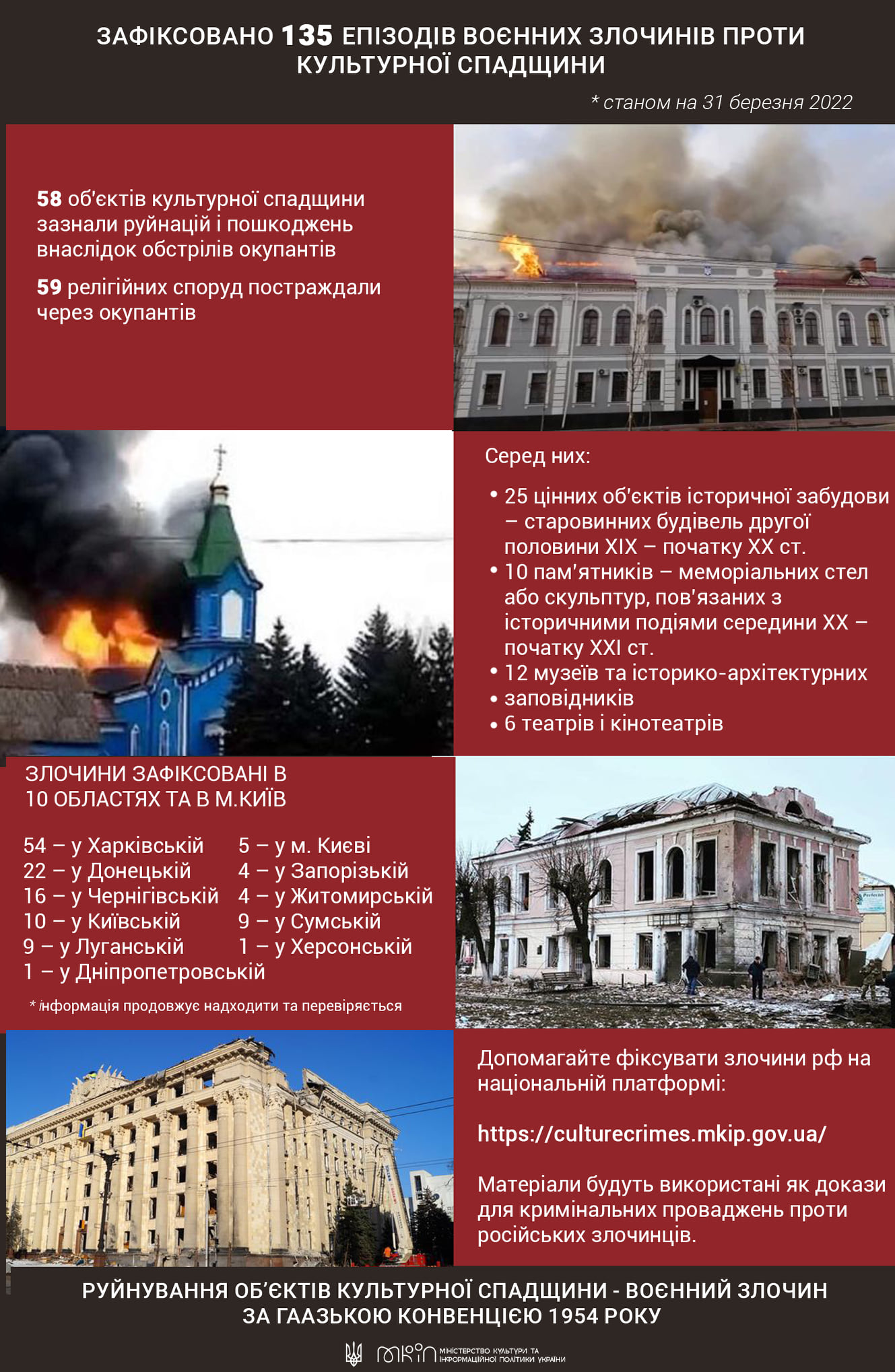 The Ministry of Culture and Information Policy of Ukraine has already recorded more than 135 reports of damage inflicted to cultural heritage objects according to culturecrimes.mkip.gov.ua. Religious buildings suffered the greatest losses – 59 buildings of various denominations were damaged. Another 58 objects include architectural and urban monuments. It involves, among others, 5 sites of national importance, 25 historical buildings from the 19th and 20th century, as well as 10 statues. 12 museums and architectural reserves, 6 theaters, and 5 libraries were destroyed. The regions of Kharkiv, Donetsk, Chernihiv, Kiev were the most affected.