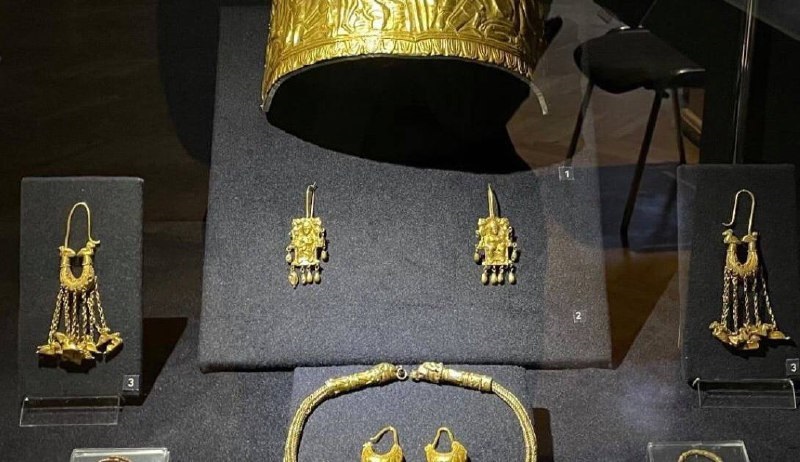 Despite the efforts by the curators of the Melitopol Local Lore Museum, Russian soldiers have found and looted the local priceless collection of Scythian gold. According to the Crimean Tatar Information Centre, almost 2 thousand of the museum’s artifacts were stolen. Among them were 300 gold objects – the Scythian gold (198 objects came from the so-called Melitopol mound dated to the 4th century BC), 76 objects dated to the period of the Huns and Sarmatians (3rd – 5th centuries AD), 1491 silver objects (numismatics and medals from the 18th – 20th centuries), as well as historical weapons (firearms and white weapons from the 17th – 20th centuries). The Ministry of Culture and Information Policy of Ukraine asserts s that it has a list of the stolen exhibits and will take all measures to recover the lost collection.