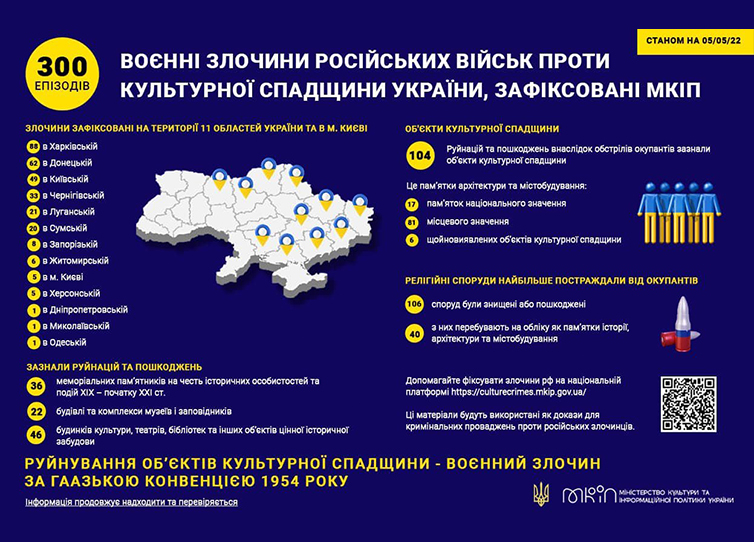 The Ministry of Culture and Information Policy of Ukraine has already recorded more than 300 cases of destruction of the Ukrainian cultural heritage by Russians. The collected data is posted on https://culturecrimes.mkip.gov.ua/ and comes from 12 regions of the country. Most destruction has been reported in Kharkiv region (including Kharkiv itself), Donetsk region (mainly in Mariupol), Kyiv, Chernihiv, Luhansk and Sumy regions. The list includes 17 monuments of national significance, 81 of local significance, and 6 sites that have recently been entered in the register. Most of the applications concern religious buildings of different confessions – 116 objects. Also, 36 monuments, 22 museum buildings and complexes, 46 cultural buildings (including theaters and libraries), and other historic structures were destroyed or damaged during the war effort. Officials responsible for collecting data on Ukraine’s cultural losses emphasize that the statistics they prepare are incomplete – the difficulty of obtaining information from the areas occupied by the Russian army is an obstacle in determining the scale of destruction.